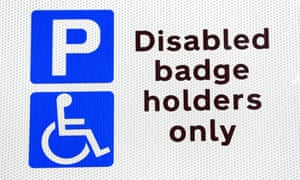 For years people with physical disabilities have enjoyed the privilege of blue badges. They allow them to park at particular spots which help with their impeded access. In 2019, it has been confirmed by the Department of Transport that there will be changes to the blue badge scheme.

The most significant change is the fact that the scope of disability will be expanded. This will mean that more people will be able to get the blue badge. The government has been focusing on mental health as a critical issue in recent years. People with “unseen disabilities” will now have permission to use these parking spots.

The term “unseen disabilities” will apply to those on the autistic spectrum, and people with other debilitating mental health conditions. This will be the most important change to the system in over four decades and points to a government that will place as much emphasis on people with mental disabilities, as it does those with physical symptoms.

This means that people with mental conditions will be able to park closer to their destination. The new scheme will also help give an increased clarity to the rules of who can use a blue badge. In the years before this, the standards were more open to interpretation. Part of the changes currently planned is to make the rules much clearer so that all those eligible will be able to use the badges.

The government have recognised that these badges are essential to people with disabilities because they give them a renewed sense of freedom and confidence. Without these badges, they would struggle significantly and have a diminished sense of independence. They would also have difficulty doing things that others take for granted, including seemingly mundane activities, such as doing the weekly shopping, meeting up with their friends and going to work.